Sir Richard Wallace (1818–1890), one of the founders of our museum, had a passion for small-scale, intricate and precious works of art, made of various materials, in different countries, mainly during the Renaissance but also during the Medieval and Baroque periods. Such artefacts can only be fully appreciated by close examination, which creates an intimate connection with the person who handles them.

Wallace’s taste was not unusual for the period and there were other collectors active in the second half of the nineteenth century who bought similar works of art. Among them was Ferdinand de Rothschild, whose collection of Medieval and Renaissance treasures, called the Waddesdon Bequest, can be seen at the British Museum. These nineteenth-century collections evoke the concept of a Renaissance Kunstkammer.

Established in sixteenth-century Europe, Kunst- and Wunderkammern were collections of rare and precious objects. In German, ‘Kammer’ means 'chamber'br, ‘Kunst’ is art and ‘Wunder’ translates as a wonder. The English term for this phenomenon is a ‘cabinet of curiosities’. Princes, rulers and scholars would display their collections of ‘curious’ items in one or more chambers.

Traditionally, they consisted of precious artworks, products of nature, including unusual natural phenomena, scientific instruments, objects from the wider world and items relating to history. A Kunstkammer was thus a microcosm, an encyclopedic collection reflecting contemporary knowledge and testament to the broad humanistic education of the collector. It was a predecessor of modern museums.

The intellectual aspect of these collections was crucial; interest in art went hand in hand with interest in science, and items made by man and nature triggered equal enthusiasm. Such collections included a large variety of objects from precious gold vessels, clocks and automatons to stuffed crocodiles and unusual shells.

Among the materials strongly associated with a Kunstkammer are precious stones and metals, rock crystal, amber, ivory, pearls, mother of pearl, and coral. The fashion for such collections of rare objects continued into the Baroque period. Another term related to this phenomenon is a Schatzkammer (treasury) – a collection of the most precious objects kept in a secure room.

The most renowned Kunstkammer was that of Rudolf II (1552–1612), Holy Roman Emperor, in Prague – it reflected the prestige of the ruler and his imperial magnificence. Today, among the most famous collections of precious and rare objects that originated as a Kunstkammer and a Schatzkammer are the Kunsthistorisches Museum Vienna and the Staatliche Kunstsammlungen Dresden, which include the famous treasury called the Grünes Gewölbe (the Green Vault).

The nineteenth century was a period of the renewed interest in the Renaissance art and culture, and wealthy collectors such as Sir Richard Wallace and Ferdinand de Rothschild embraced the concept of a Kunstkammer. In doing so, they chose a specific element of it – the princely works of art – and omitted the parts related to the natural world and science.

The Kunstkammer inspirations are clear also in the presentation of their works of art. For example, in 1880 Wallace commissioned the French painter Blaise-Alexandre Desgoffe to paint a selection of his works of art. The painting provides an interesting comparison to seventeenth-century depictions of existing or imaginary Kunstkammern such as the one painted by Johann Georg Hinz in 1666.

Among notable Kunstkammer objects in the Wallace Collection is a cup carved in smoky quartz by Giovanni Ambrogio Miseroni. It is the finest in a group of four smoky quartz bowls recorded in the 1607-11 inventory of the Habsburg Emperor Rudolf II as having been ‘brought from Milan’, where the celebrated workshop of the Miseroni family was located, which specialised in carving rock crystal.

A small silver figure of a warrior whose torso is made of two large pearls is also a type of object one would expect in a Kunstkammer. The same goes for a mortar from around 1550 decorated with life casts of animals and plants. Mortars were used to grind and mix substances and were a common utensil. This one, however, was a luxury object and might be associated with alchemy, which sought to transform base metals into gold. It was practised at the courts of Renaissance rulers, including Rudolf II.

Wallace’s cabinet of treasures was not a piece of furniture but a collection of precious works of art evoking a Renaissance Kunstkammer. For more examples of exquisite Kunstkammer objects in the Wallace Collection see the accompanying online gallery trail and a video. 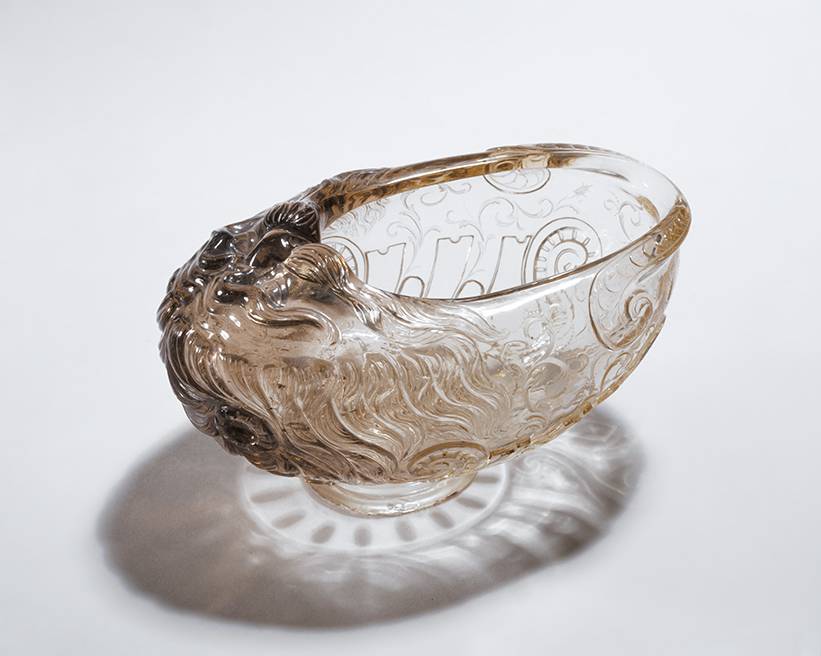 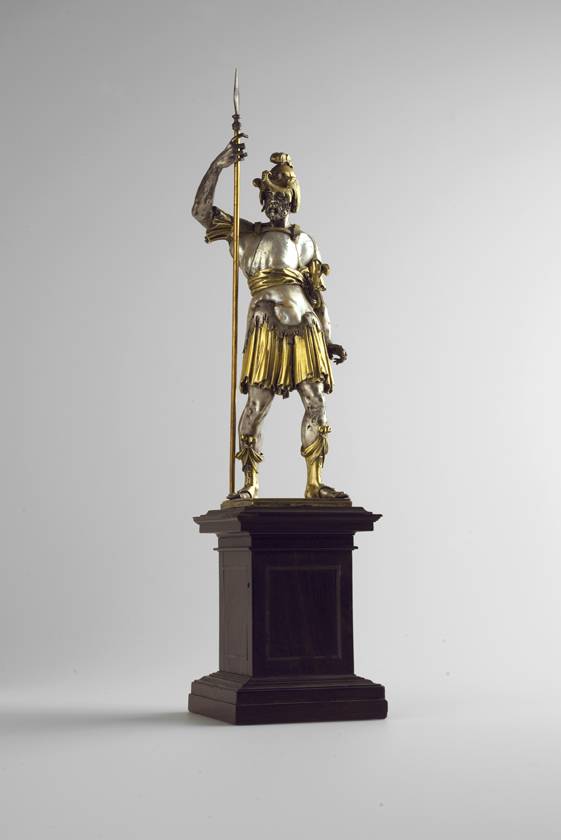 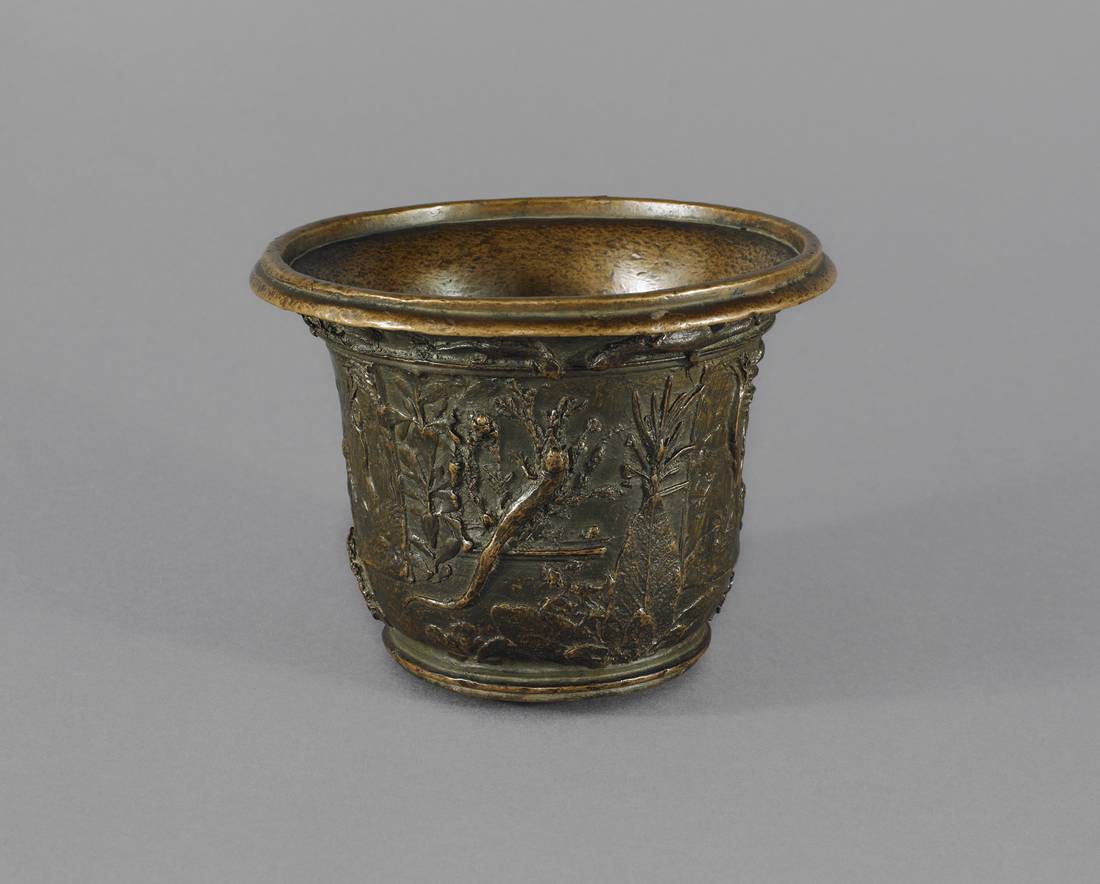 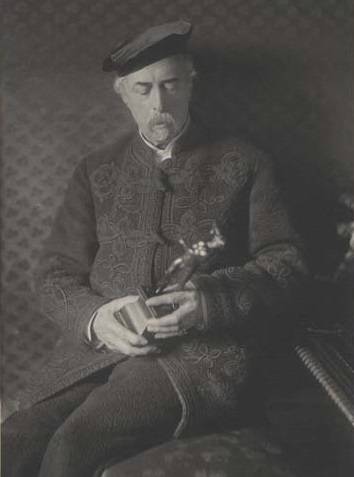 Sir Richard Wallace holding one of his pair of bronze statuettes of Flagellators (S136). 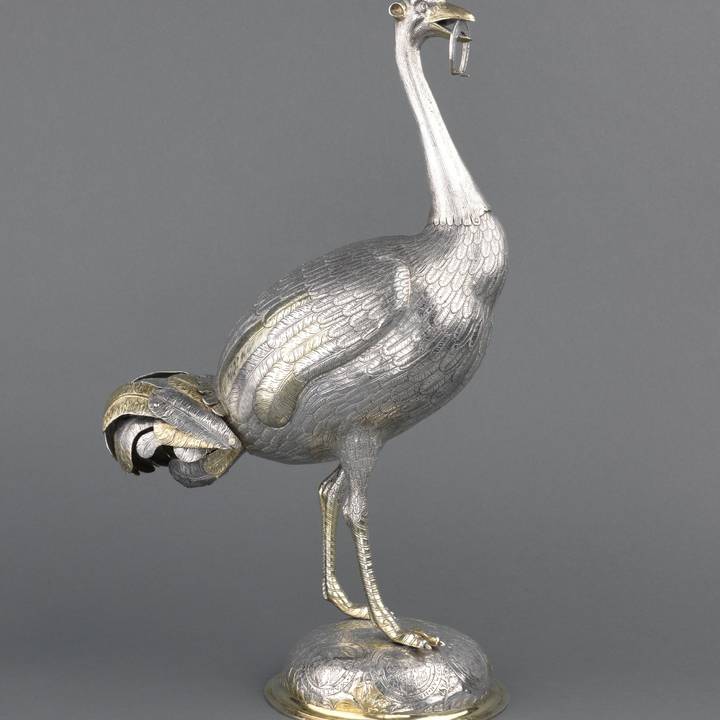 A Kunstkammer was an encyclopedic collection of notable objects, including rare and precious works of art made of a wide … 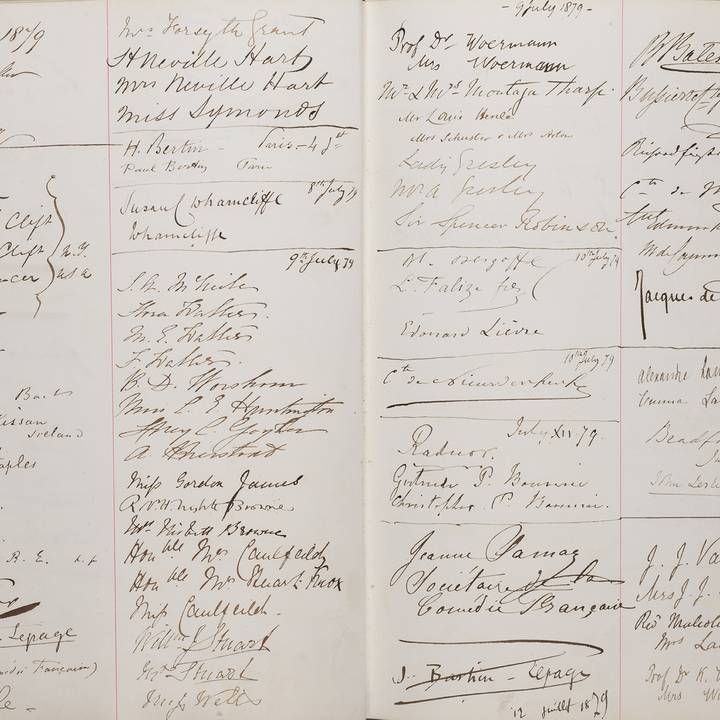 From the Wallace Collection Library and Archives... 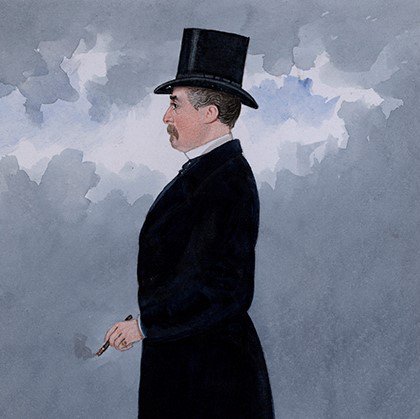 In 2018, the Wallace Collection celebrated the 200th birthday of our founder, Sir Richard Wallace, exploring for the first time …