Three Centuries of Looking at Watteau

Three Centuries of Looking at Watteau

THREE CENTURIES OF LOOKING AT WATTEAU

On 18 July 1721, the French painter Antoine Watteau died in his thirty-seventh year, leaving behind an extensive corpus of drawings and paintings. As sophisticated in conception as it is beautiful to the eye, this body of work continues to inspire viewers, and it seems appropriate in this three-hundredth anniversary year to offer up, in summary form, an account of Watteau’s evolving critical fortune to the present.

As we shall see, the story of how artists, scholars, and the public have appreciated Watteau over the years turns out to be as meandering and contradictory as the garden paths that lead off to the horizon in his fêtes galantes.

Watteau in the Eighteenth Century

Celebrated in his own lifetime as the painter of the leisured aristocratic class, with a small but select group of friends including the powerful antiquarian and man of letters Anne Claude de Caylus and the famed collector Pierre Crozat, Watteau’s artistic legacy continued to resonate in the years after his death.

His influence is palpable in the work of François Boucher, whose training involved making etchings after drawings by Watteau. And Boucher’s prize pupil Jean-Honoré Fragonard carried on the themes of the fête galante in works such as The Musical Contest, now in the Wallace Collection, where two young gentlemen vie for the favour of the standing woman, who carries a brightly-coloured parasol.

By the time of the French Revolution (1789–93), Watteau’s celebrity was significantly diminished. His dramatic fall from grace was witnessed by the treatment accorded to his Embarkation for Cythera, today in the Musée du Louvre, Paris. Hung in the refectory of the Royal Academy of Painting and Sculpture — along with all of the other reception paintings submitted by artist-members — the iconic composition was singled out and used as target practice for bread pellets by drawing students who were outraged by its depiction of a peaceful, romantic aristocratic idyll.

Despite the protests of the curator of the Academy’s collections — ‘But Messieurs, I had the honour of knowing M. Watteau. He was a charming man, of exemplary sweetness. He would never have thrown breadcrumbs on your drawings’ — matters went from bad to worse until one day one of Jacques-Louis David’s students physically attacked the painting, and it was hurriedly bundled off to storage.

Although it was liberated from this confinement by 1816, Embarkation for Cythera remained the only work by Watteau to grace the walls of the Musée du Louvre until the second half of the nineteenth century.

'The Great Poet of the Eighteenth Century is Watteau' — Edmond and Jules de Goncourt, 1860

It was not until the second half of the nineteenth century that Watteau’s work was fully embraced in France.

In 1859 Edmond and Jules de Goncourt began publication of their major study L’art du dix-huitième siècle which was published as twelve individual studies between 1859 and 1875. It appeared in its first collected edition in 1873–4. The study on Watteau, which appeared in 1860, exalted the artist as the great poet of eighteenth-century French life, the artist who had inflected the rough and tumble of daily life with grace, beauty, and idyllic fantasy.

As fate would have it, the exhibition gallery had been created by none other than our own 4th Marquess of Hertford in his gardens at 26, boulevard des Italiens.

It was here, that the Parisian beau monde — including the Goncourt brothers as well as high-profile collectors such as the duc de Morny (sometime owner of The Swing, now in the Wallace Collection) and Empress Eugénie — discovered a remarkable selection of eighteenth-century French paintings.

The exhibition was discussed at length in contemporary art criticism. It was also celebrated on the front page of Le Journal Amusant of 26 October 1860 on which are crowded recognisable vignettes drawn from works by the artists whose names adorn the central altarpiece: Watteau, Boucher, Fragonard, Greuze, Prud’hon.

Among the selection — and thus partaking fully in this moment of renewed affection for the eighteenth century — was the diminutive panel Voulez-vous triompher des belles (The Wallace Collection), on loan from Richard Wallace, now in the Wallace Collection, who had recently inherited it from Lord Henry Seymour.

As various scholars have pointed out, the 1860 exhibition was organised in part to promote a specific ideal of the French school as a way of bolstering contemporary Second Empire political aspirations. Many of the traits associated with the eighteenth-century French school by visitors to that exhibition — courtliness, elegance, sophistication — are still associated with the early ‘rococo’ style — and specifically the art of Watteau — today.

A similar vision of Watteau has been perpetuated more recently. Not for nothing did Vivienne Westwood cite his sack back dresses in her Les Femmes ne connaissant pas toute leur coquetterie line (Spring/Summer 1996)!

While Watteau’s name does remain synonymous with the beauty and nostalgia of the fête galante, a cursory look at his oeuvre is enough to remind us of its complexity and its ambiguity — as well as its beauty. Several recent publications have importantly shed light on less well-known aspects of his work, some of which are strikingly modern.

These include his series of paintings devoted to the vicissitudes of wartime, of which a prime example is now in the Frick Collection, New York, and his preoccupation with loneliness, most famously exemplified in his Pierrot, now in the Musée du Louvre. Even three hundred years later, these works and these studies remind us that there is much still to say, and discover, about Watteau. 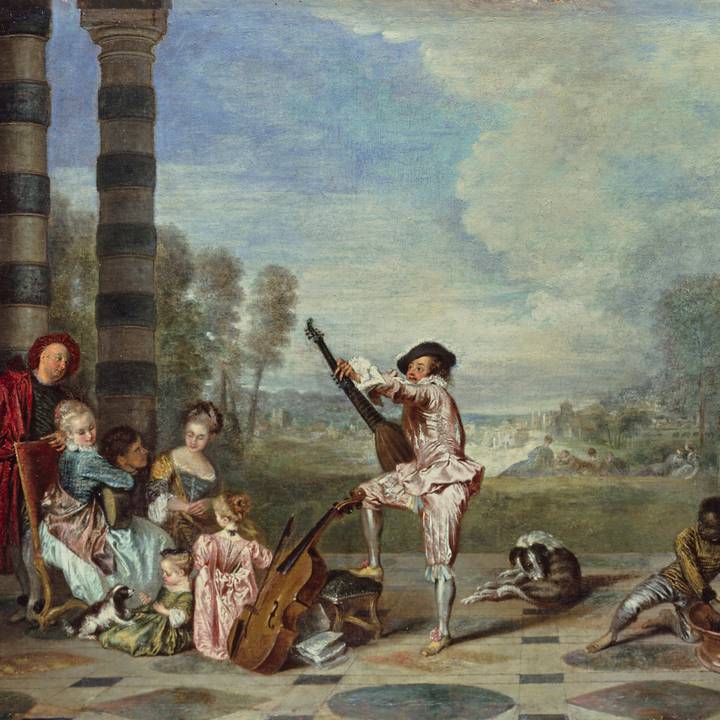 Themes of the Fête Galante 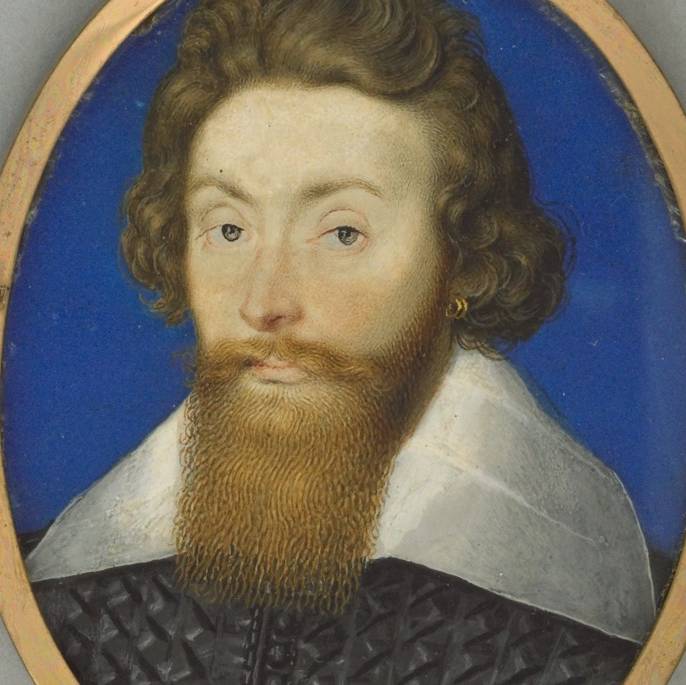