The Emperor, The Artist and The Collector

THE EMPEROR, THE ARTIST AND THE COLLECTOR

This special display tells the story of a painter and a collector who shared a passion for Napoleon I (1769–1821).

Richard Seymour-Conway, 4th Marquess of Hertford (1800–1870), was known for his interest in eighteenth-century French art, yet he also collected works by contemporary French artists. He found in the works of Horace Vernet (1789–1863) the perfect illustrations of his admiration for the emperor.

Hertford, who lived in Paris near Vernet’s studio, acquired 46 paintings and eight watercolours by the artist with whom he seems to have been on friendly terms. However, 25 of these did not become part of the original Wallace bequest to the British nation in 1897. These works included L’Embarquement des Pêcheurs, currently in a private collection, and the four battle scenes, now in the National Gallery, London. L’Embarquement des Pêcheurs was sold at auction in 1913. This special display reunites it with other works from Hertford’s collection for the first time in 150 years.

Napoleon was considered by some a hero for creating an empire that encompassed much of Europe and for exporting the ideals of the Enlightenment beyond French borders. Others regarded him as a tyrant and dictator who placed his family and friends in positions of power and reintroduced slavery.

Vernet, who received the Legion of Honour for serving briefly in the National Guard in 1814, was one of the first artists to create a series of nostalgic images of the Napoleonic era. He was favoured amongst nineteenth-century collectors for his skill in painting romantic battle scenes and depicting veterans of the Napoleonic army, their fate and the nostalgia they may have experienced for the glories of war.

The Wallace Collection is grateful to Mr Elan Jaglom for his support.

Find out more about our temporary exhibitions and displays 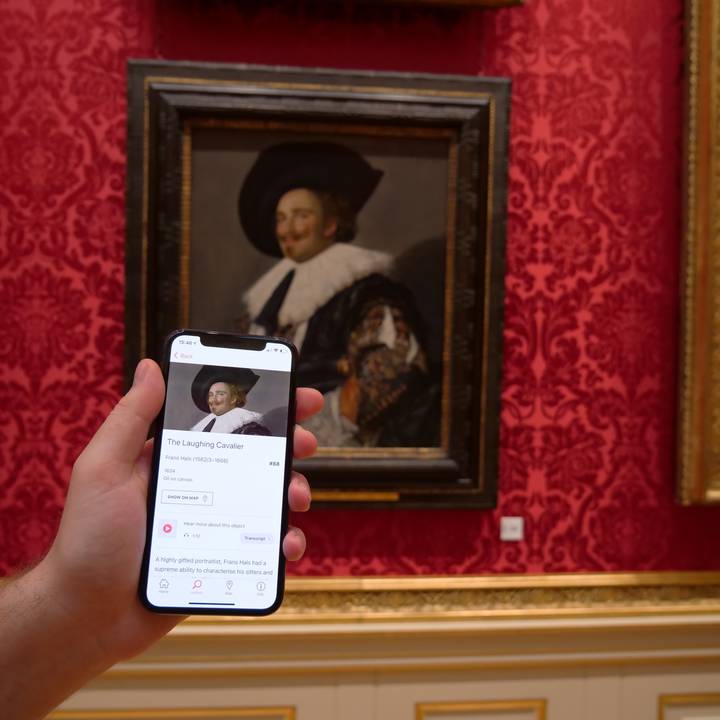