For the first time in over 100 years, our fifteenth-century Equestrian Armour was redisplayed, transforming Hertford House's central courtyard. Visitors were able see one the Collection’s exceptionally rare armours quite literally in a new light.

Taking pride of place in the heart of Hertford House, the armour for man and horse, was on show as part of a reimagining of the Wallace Collection’s central courtyard. This armour is a world-famous image of the medieval European knight. Over the last 150 years, it has inspired artists, served as a standard illustration in encyclopaedias and history books, and thrilled generations of visitors to Hertford House.

Only three full equestrian armours made before the sixteenth century survive in the world today, and this is the only one preserved complete, as originally made. It was meant to be seen in the open, in natural light, and for the first time in living memory, visitors were able to see it that way.

Until the nineteenth century, the equestrian armour was preserved in the ancestral home of the Freyberg family at Schloss Hohenaschau in Bavaria. Around 1850 the contents of this formidable mountain fortress were sold at auction, and in 1867, the armour was acquired by the Comte de Nieuwerkerke, who displayed it in his apartment at the Louvre in Paris.

There, it was studied by many artists, including the renowned architect and medievalist Eugene Viollet-le-Duc, who published it in his famous Dictionnaire raisonné du mobilier français de l'époque Carolingienne à la Renaissance (1858-70). In 1871 the armour was sold to Sir Richard Wallace, along with the rest of the Nieuwerkerke collection. 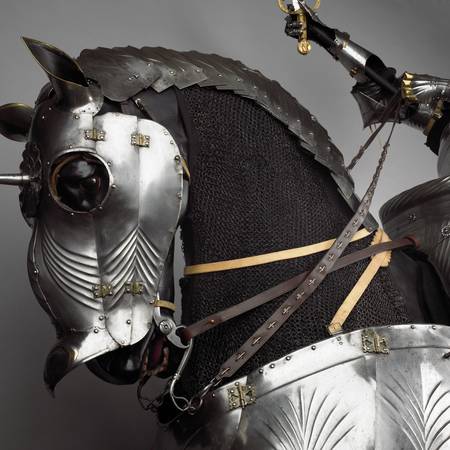 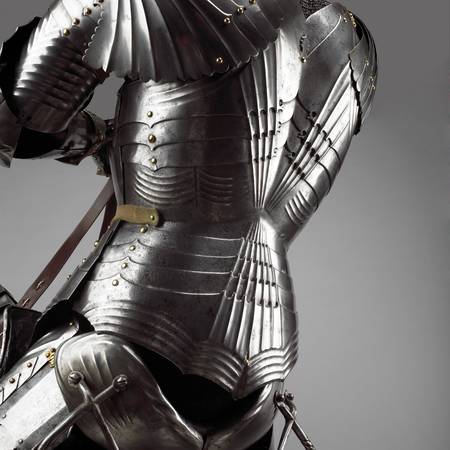 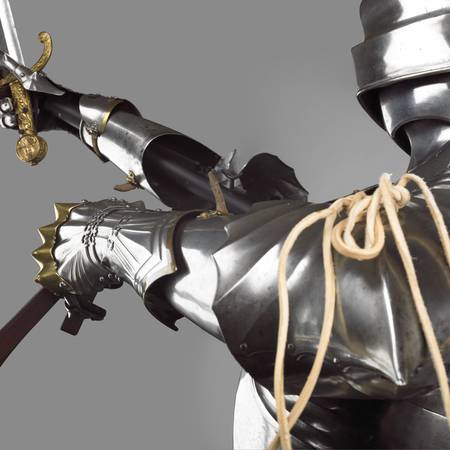 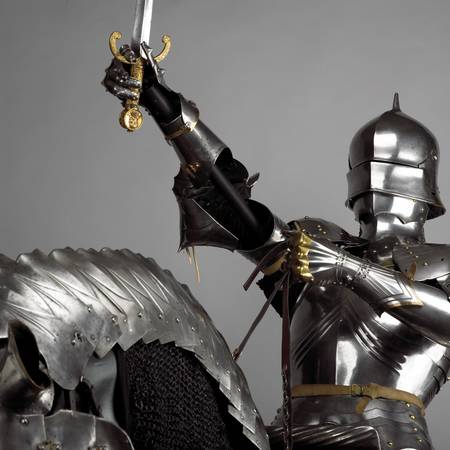 Discover more from the Collection

Visit our blog to read behind-the-scene stories, conservation updates and insights into the collection, as well as important news and …