Riesener was cabinetmaker to the king for just over ten years but he also ran a thriving workshop for over twenty years, which means that much of his production was not ‘royal’, or made for the court.

The collection in the Wallace Collection covers both of these categories: pieces made for Marie-Antoinette and those produced for a wider clientele, many of whom cannot be identified because archival records have not been preserved. This gives us a wide-reaching overview of the types of furniture he specialised in, and an interesting chronology of the different styles in which he worked. From that point of view, it is a remarkable study collection.

If we look at his royal furniture first, we find that he developed a particular style that makes his work readily identifiable. This style was not static, but evolved over the eleven years he worked for the court and must have been influenced by the taste of his royal patrons and by the enormously influential royal furniture administration.

In eighteenth-century France, there was strict etiquette about how a palace was decorated, and in the state rooms the designs for panelling, furniture, chairs, textiles and even wall lights were highly coordinated.

This means that in some instances an architect or designer working for the royal administration advised on the designs and no doubt consulted closely with the maker in order to bring a unity to the rooms.

Nevertheless, within these parameters Riesener seems to have established his own design language that both satisfied these demands for magnificence and sumptuous display whilst also incorporating motifs and decoration that appealed to the personal tastes of the court.

We also know that his royal patrons were consulted on his designs, and that he developed a unique style for Marie-Antoinette, whose furniture has become some of the most highly admired in the world.

The work of his master, Jean-François Oeben, left an indelible mark on Riesener and particularly during the early years of his independent workshop he drew on many of Oeben’s designs, both for form and decoration.

In the mid-to-late 1760s, the neoclassical taste was taking hold in Paris, but it was a time of transition and not everyone immediately wanted the latest fashion. From the early 1770s Riesener had completed two enormously successful commissions to great acclaim, the King’s Desk and a suite of furniture, including a mechanical table and chest-of-drawers, made for the head of the royal furniture administration, Pierre-Élisabeth de Fontanieu, which continued to influence his designs for many years.

The furniture for Fontanieu in particular displayed new and exciting models and motifs which Riesener was to use and adapt for the rest of his career.

It was, however, from 1780 that perhaps what can be considered Riesener’s most elegant and sophisticated furniture designs date. The Wallace Collection is fortunate to have six pieces from this last phase of his work for the royal furniture administration, and this group represents the largest collection of furniture made for Marie-Antoinette outside France.

For other clients, Riesener produced a range of work, including chests-of-drawers, corner cupboards, games tables, fall-front desks and small toilet or writing tables, which also form part of our collection.

Roll-top desks remained a speciality of his workshop and one of the simplest and most refined pieces we have is a mahogany-veneered desk made in the mid-1780s to satisfy the French taste for English fashions.

The Revolution largely put paid to Riesener’s career and styles of decoration evolved in a different direction, but he appears to have believed that his furniture would come back into fashion and bought back many of his royal commissions from the Revolutionary Versailles sales.

At some stage many of his royal pieces were altered and adapted to meet the tastes of the new century, but their fundamental elegance and underlying beauty live on and continue to delight contemporary audiences. 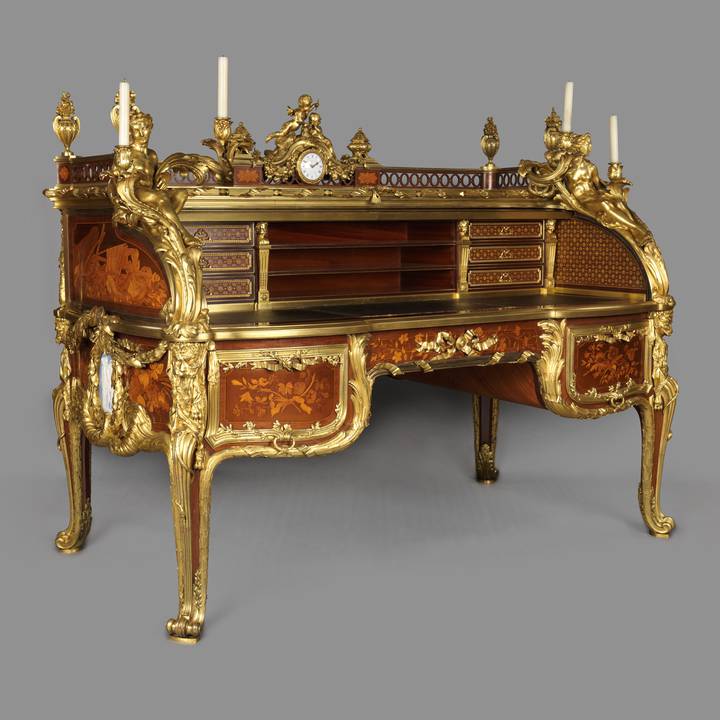 Explore the exquisite marquetry and craftsmanship of Riesener's desks 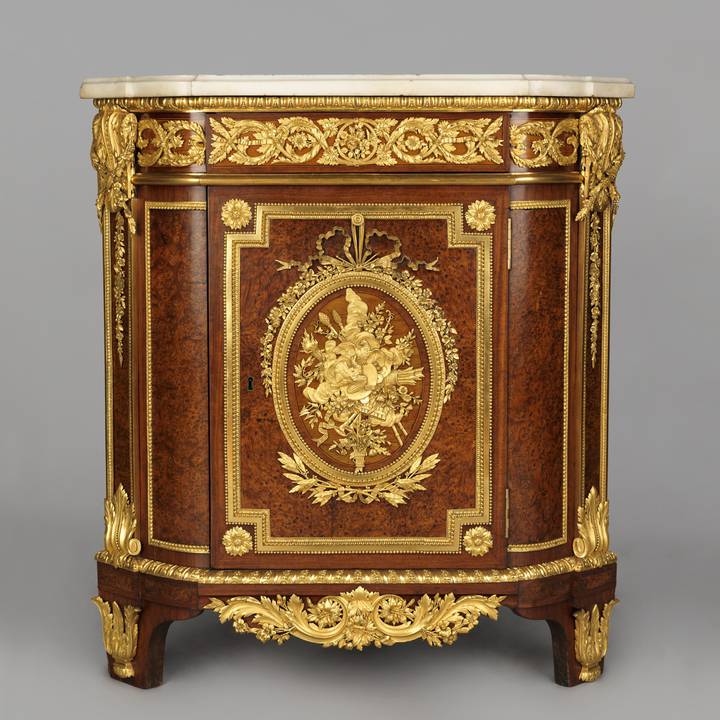 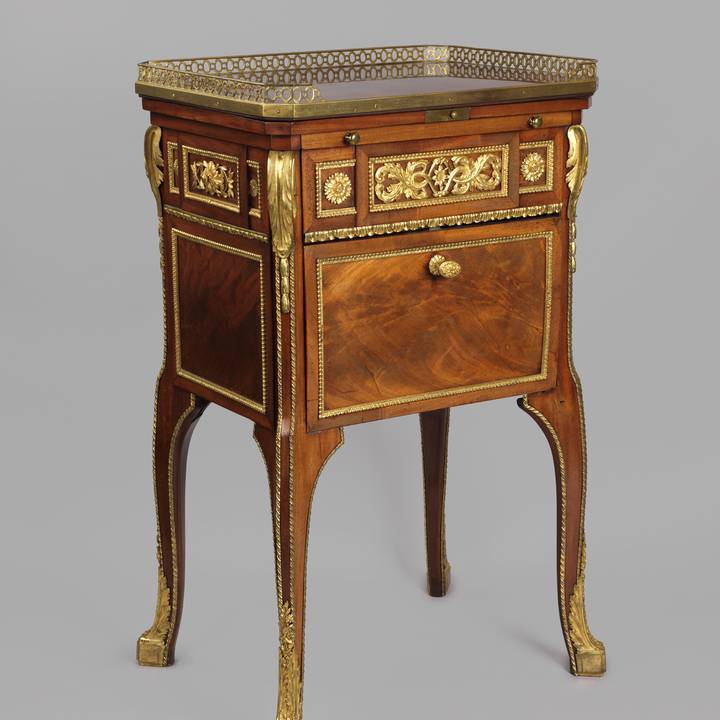 Discover the marquetry and craftsmanship of Riesener's tables 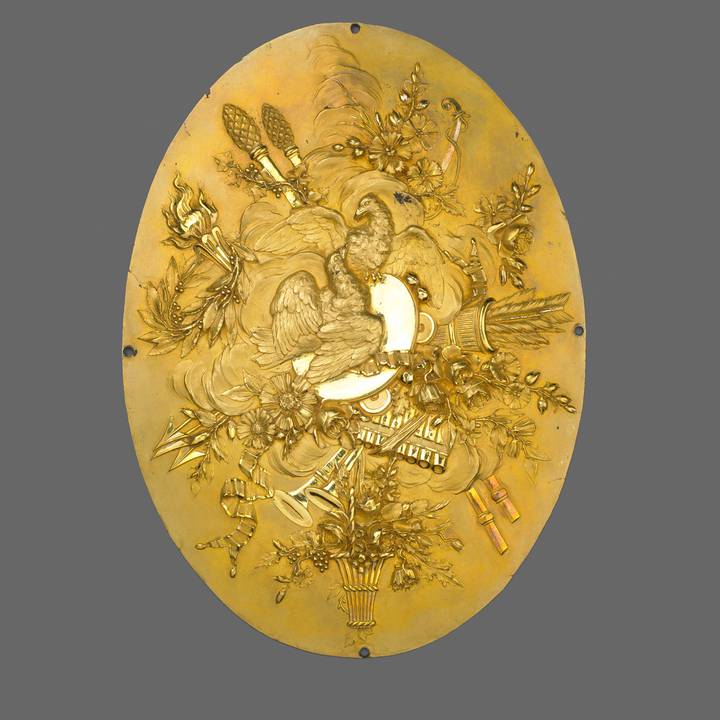 Discover the craftsmanship and luxury of Riesener's gilt-bronze plaques