Thanks to the generosity of its lenders and supporters, Forgotten Masters, in partnership with DAG, has reopened and will be on display for a limited period until Sunday 13 September.

Guest curated by renowned writer and historian William Dalrymple, Forgotten Masters: Indian Painting for the East India Company is the first UK exhibition of works by Indian master painters commissioned by East India Company officials in the late eighteenth and nineteenth centuries. It is an unprecedented opportunity to see these vivid and highly original paintings together for the first time, recognising them as among the greatest masterpieces of Indian painting.

The exhibition honours historically overlooked artists including Shaikh Zain ud-Din, Bhawani Das, Shaikh Mohammad Amir of Karriah, Sita Ram and Ghulam Ali Khan and sheds light on a forgotten moment in Anglo-Indian history. Reflecting both the beauty of the natural world and the social reality of the time, these dazzling and often surprising artworks offer a rare glimpse of the cultural fusion between British and Indian artistic styles during this period.

Tickets are very limited due to maintaining social distancing and current opening hours, so advance booking is essential.

To book free ticket for members and under 18s, please email us on tickets@wallacecollection.org with your preferred visit date and time.

As our Forgotten Masters: Indian Painting for the East India Company exhibition nears its final weeks, join renowned writer and historian William Dalrymple and the Director of the Wallace Collection, Dr Xavier Bray, as they reflect on curating this unprecedented exhibition. Did the curators achieve what they first set out to accomplish? And how might we look differently at the centuries-old fusion of British and Indian artistic styles in the context of today’s anti-racism movement?

The talk will take place on 20 August at 3pm BST, and Zoom registration is now open.

Booking is essential for members and non-members
Book now 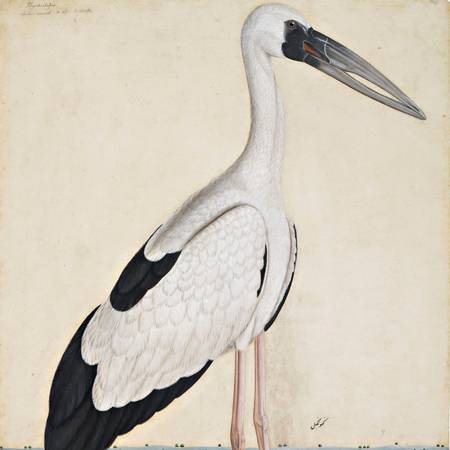 Find out more about DAG

For more than 25 years, DAG has done seminal work in gaining recognition for India’s modern masters whose legacies had been lost to time and apathy in the absence of sufficient viewers, collectors, promoters, curators or scholars.

The gallery’s focus has always been research-led. It has documented the works of the finest twentieth century artists, lifting them out of recent oblivion to get them their due appreciation while aligning them with various art movements across the country. More recently, DAG has been successful in foraying into institution building with the launch of its museum programme. Currently, it has launched, in association with Archaeological Survey of India, the country’s first public-private museum initiative at the Red Fort. Called Drishyakala, this art museum sees average footfalls of 1 million visitors annually. In Varanasi, another private public museum exhibition depicts the city’s visual history, Eternal Banaras. In Calcutta, inaugurated by Prime Minister Narendra Modi, Ghare Baire – the home, the world and beyond- commissioned by the Ministry of Culture, Government of India, and curated and organised by DAG, in collaboration with National Gallery of Modern Art, another museum-exhibition is the first comprehensive showcasing of the art and artists of Bengal at the iconic Currency Building in the heart of Kolkata, showcasing over 600 artworks of which the majority are from the DAG collection Old Currency. http://dagworld.com