May Treasure of the Month

Maiolica plate, Joseph Lowered into the Well by his Brothers, Italy, probably Urbino or the Urbino district, 1550-75

In the sixteenth century Italy was renowned for elaborately decorated tin-glazed earthenware, known as maiolica, which often depicted narrative subjects. This plate shows a biblical subject, Joseph Lowered into the Well by his Brothers, from the Old Testament book of ‘Genesis’.

The bright colours and the rather expressionless faces of the men depicted on the plate belie its dark subject matter. It portrays a dramatic early episode from the story of Joseph when his ten older half-brothers, who resented Joseph due to his being their father’s favourite, strip him of his many-coloured coat, cast him into a dry pit (shown here as a well), and then sell him as a slave. The Latin inscription on the back of the plate means, ‘His brothers cast Joseph down and afterwards sold him’.

Later in the story, despite this hardship Joseph wins the favour of Pharaoh and ultimately achieves high status in Egypt, where he devises a strategy for the country to survive a famine. When his brothers come to buy food, he reveals himself to them and reassures them, ‘Now, do not be distressed or reproach yourselves because you sold me hither, it was to save life that God sent me ahead of you.’

In Christianity, Joseph prefigures Christ, who was sold into captivity by his disciple Judas, and through his Crucifixion and Resurrection brought redemption to mankind. For Renaissance rulers, Joseph epitomized virtuous leadership. The story of Joseph has inspired many works of art, including, in the Wallace Collection, two Limoges enamel plates from a set illustrating the story, Murillo’s Joseph and his Brethren, Decamps’s Joseph Sold by his Brethren, and Vernet’s Joseph’s Coat.

Other works of art depicting Joseph: 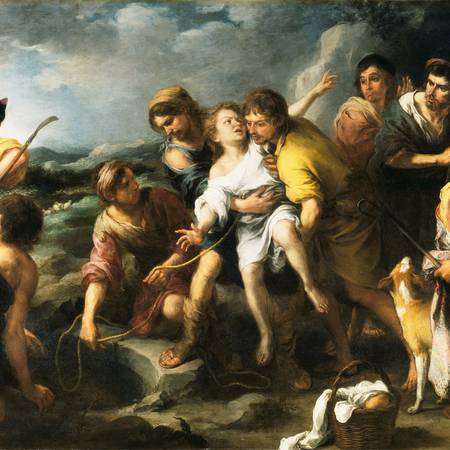 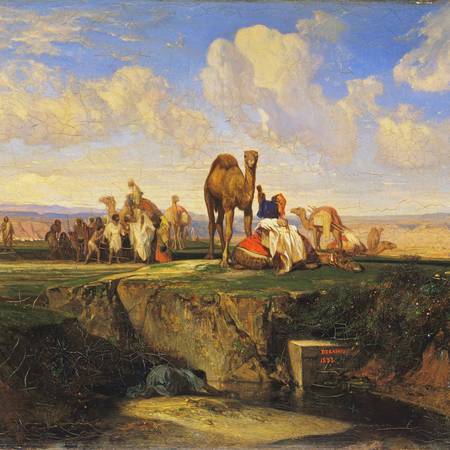 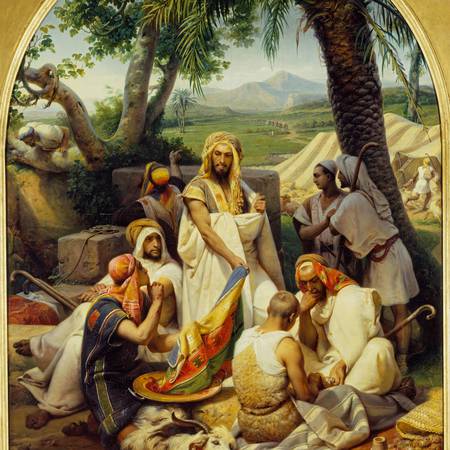 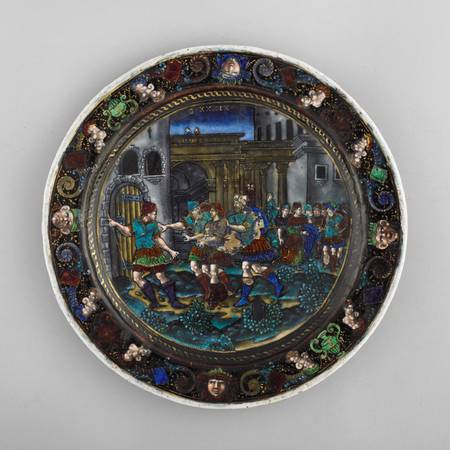