August Treasure of the Month

A wine cooler made in Flaminio Fontana’s workshop in Urbino, Italy, in 1574

This spectacular maiolica wine cooler was almost certainly made for Cosimo I de’ Medici, Grand Duke of Tuscany. His device, a turtle with a mast on its back, appears just below the rim at the centre back. It represents his motto, ‘Festina lente’ (Hasten slowly).

The wine cooler incorporates various features inspired by ancient Roman history and culture, including the two monstrous sculptural creatures which support the well in a technical tour de force.

Filled with ice or water, it would have been used to keep containers of wine cool. The Roman naval battle in its well is a suitably watery theme. The playful grotesque ornament on the exterior had been popular in ancient Rome.

Richard Wallace bought this wine cooler in August 1875 for the enormous price of £4,500. With his interest in historic figures, perhaps he was aware of its association with Cosimo de’ Medici. 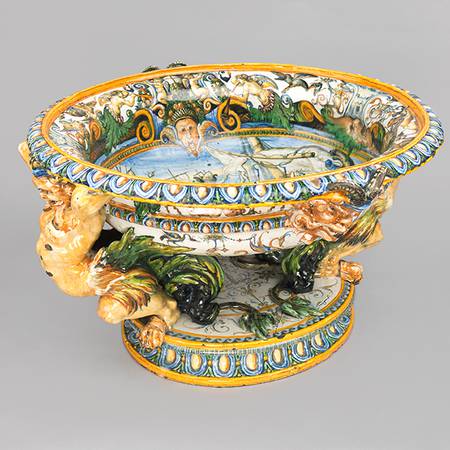 Join a free talk about our Treasure of the Month on your next visit... 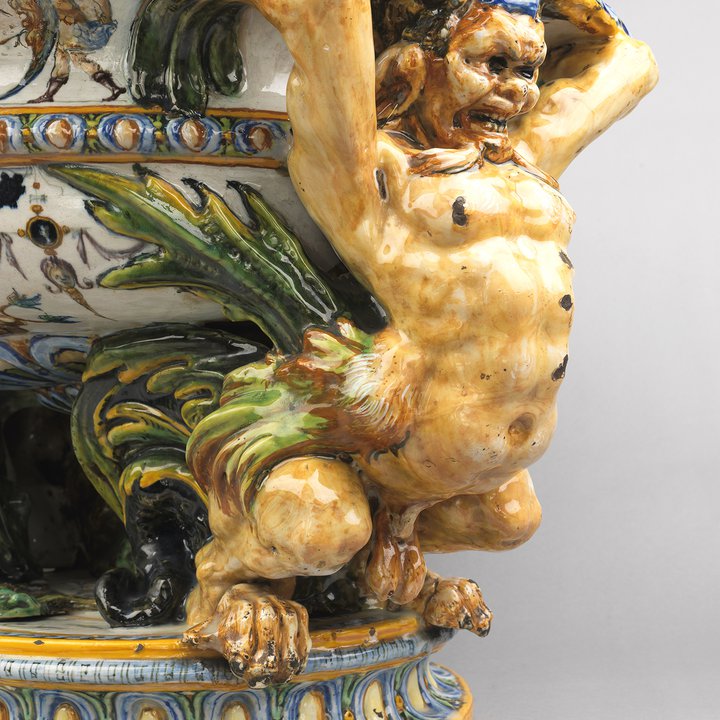 More about this object: